La Réserve Genève Hotel & Spa: An exotic oasis with world-class facilities and a location to match

An exotic oasis with a safari lodge style, La Réserve Genève Hotel & Spa is among Geneva’s most storied hotels, offering guests an array of modern luxuries in a hard-to-beat location by the lake. With extraordinary interiors from celebrated designer Jacques Garcia, 102 sumptuous rooms and suites, an award-winning Nescens Spa and four renowned restaurants; including a Michelin-starred Chinese, La Réserve Genève is an escape to another world, where luxury reigns supreme.

Nestled within a sprawling 10-acre park, on the banks of Lake Geneva surrounded by endless nature, the iconic La Réserve Genève belongs to a renowned chain of hotels owned by famed hotelier Michel Reybier. Following a desire to manage a portfolio of ‘highly individual properties’ set within unique locations with exceptional surroundings, Reybier purchased La Réserve in 1999, renovating and opening it as a hotel in 2003. Today, La Réserve Genève brings to life a new destination in itself, with a safari lodge design that showcases a bewitching combination of authenticity and soul. Its iconic style and state-of-the-art facilities put it in a category of its own, but what really raises the bar here, is a selection of enriching lifestyle experiences—from gastronomic dining to holistic wellness programmes and immersive outdoor activities—that set it apart from the rest.

From the moment of your arrival, this terra-cotta-coloured compound surrounded by pine-dotted pathways and gardens, feels more like a safari reserve than anything else. Inside, the Paris-based designer Jacques Garcia has taken his cues from a lodge in colonial Africa, with rich brown and red leather sofas, bold zebra and leopard skin rugs; and an abundance of animal references, such as wall-framed butterflies, colourful light fixtures with bird-shaped silhouettes and a giant elephant sculpture presiding over the lobby. The theme continues into the recently renovated Le Loti restaurant, which boasts a more sumptuous jungle interior with blue, beige and gold print sofas, leopard carpeting and a tent-like ceiling completely enveloped in exotic plants. A design contrast comes in the form of the Michelin-starred Chinese restaurant Tse Fung, which transports guests to the opulence of 1930s Shanghai, with red and gold interiors, velvet fabrics and elegant seating for a 5-star meal.

Discover a haven of well-being, peace and elegance. 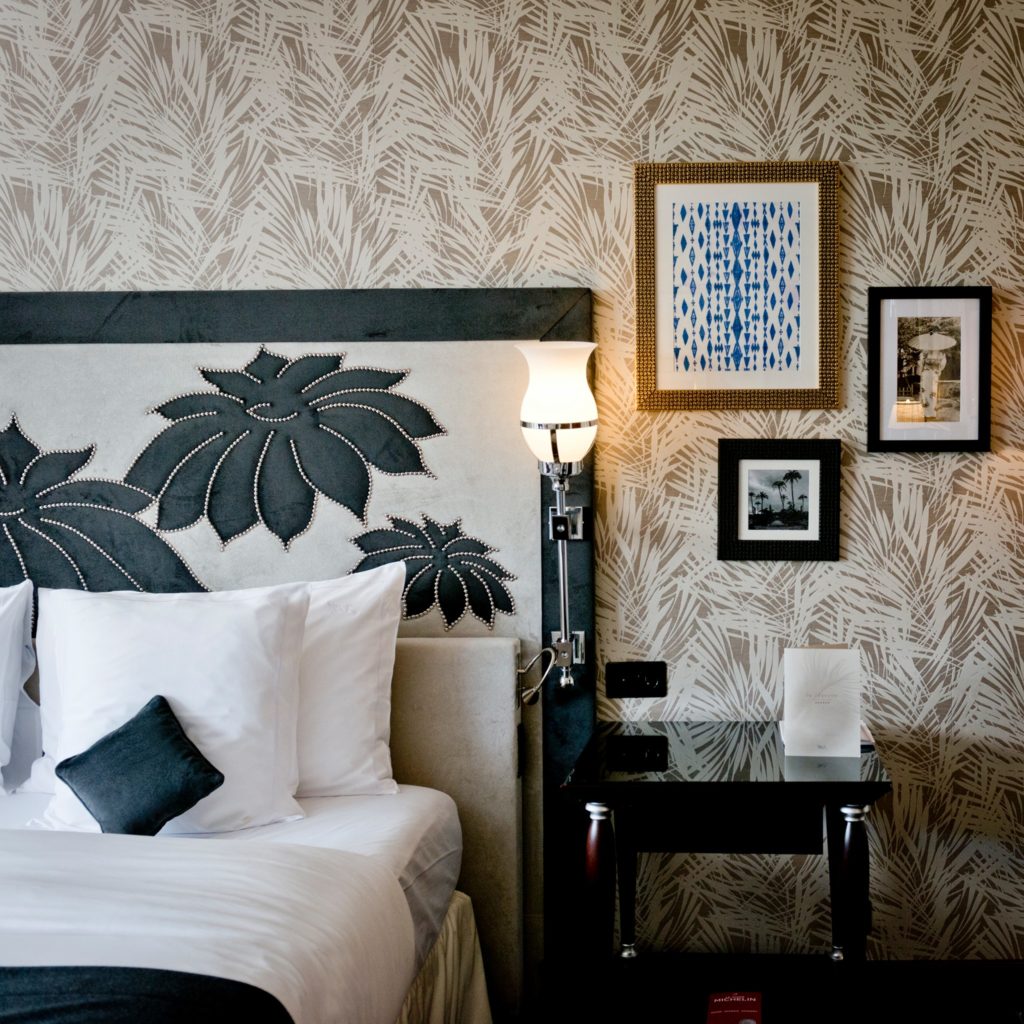 What can we expect from the rooms?

All 73 rooms and 29 suites are colonial in style and exude a seemingly effortless elegance. With a mix of maroon and red interiors, rich velvets, mahogany flooring, tiger print carpets and vintage photos of distant travels, the spaces are undoubtedly cozy and dream-like. Most lake rooms have an outdoor balcony and offer sprawling views of the nature, but if you opt for the impressive Villa du Lac; a contemporary glass-fronted property, featuring a kitchen, dining and living space, private elevator and large floor-to-ceiling windows that provide panoramic views of the lake — you won’t be disappointed.

How about the restaurants?

Offering a range of gastronomy under one roof, the hotel has four restaurants: The Lodge, a chic summer restaurant, serving sea food and grill specialities; the spa hideaway Cafe Lauren, where guests can enjoy healthy delights in a serene space, the showstopper Tse Fung, a Michelin-starred Chinese serving an extensive menu of Cantonese classics, in a  Shanghai-inspired room, and the newly renovated Le Loti, offering an eclectic menu of international flavours, inspired by the exotic travel stories of novelist, Pierre Loti. Here, guests embark on a culinary journey around the world, with inspirations from Asia; such as the tender black cod marinated in miso, or the Peruvian-Japanese sea bream, soya and lime ceviche, topped with shavings of black truffle. Its new deco was reimagined by none other than designer Jacques Garcia, who injected new life into the space with a cool color palette and vibrant greenery. 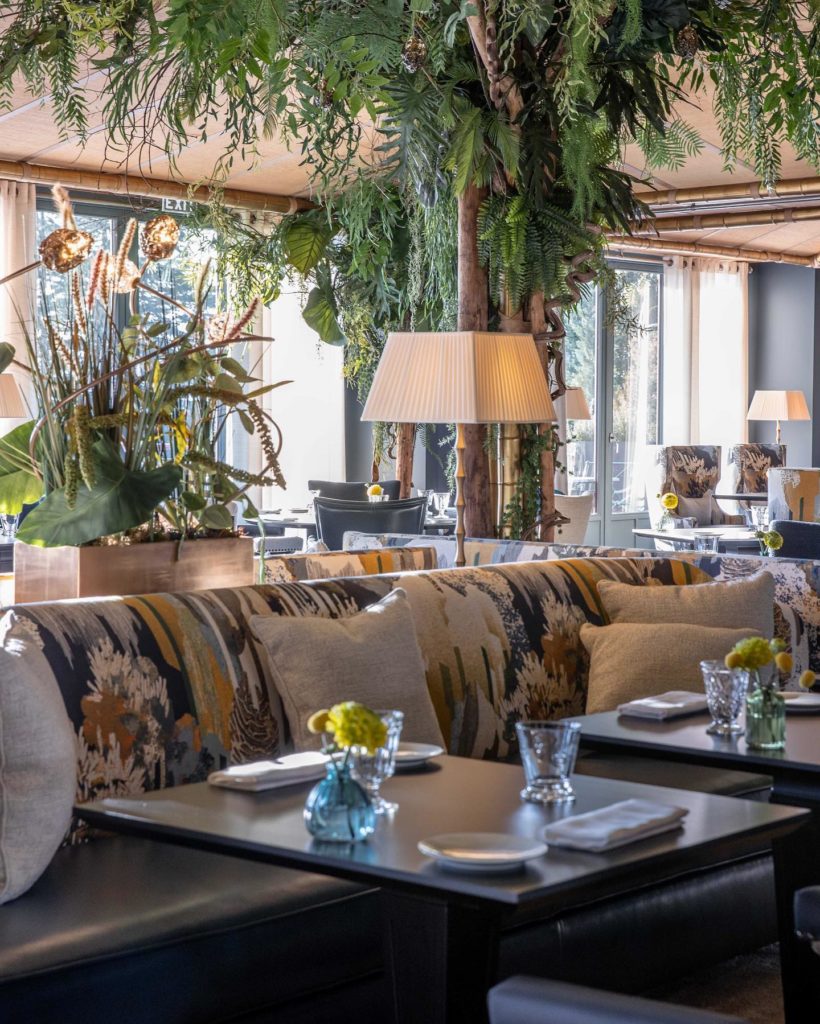 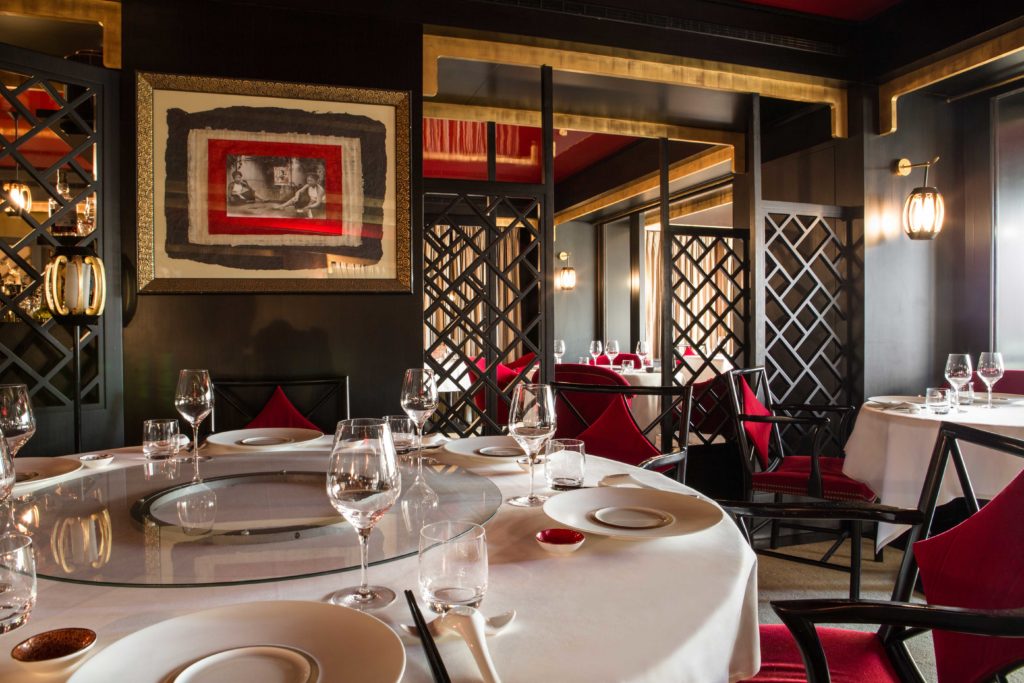 How about the spa?

Whether you’re in need of a soothing massage, transformative facial or an award-winning anti-aging program, the 2,500 m2 Nescens Spa has you covered. This wellness sanctuary offers guests world-class facials and body treatments, alongside impressive facilities like the indoor and outdoor swimming pool, hammam and sauna rooms, a fitness studio, tennis courts and a calming relaxation lounge, worth spending the day in. The spa’s Signature Better-ageing massage, which targets all muscle and energy routes; concentrating on detoxifying, stimulating and draining, is also definitely worth a try. 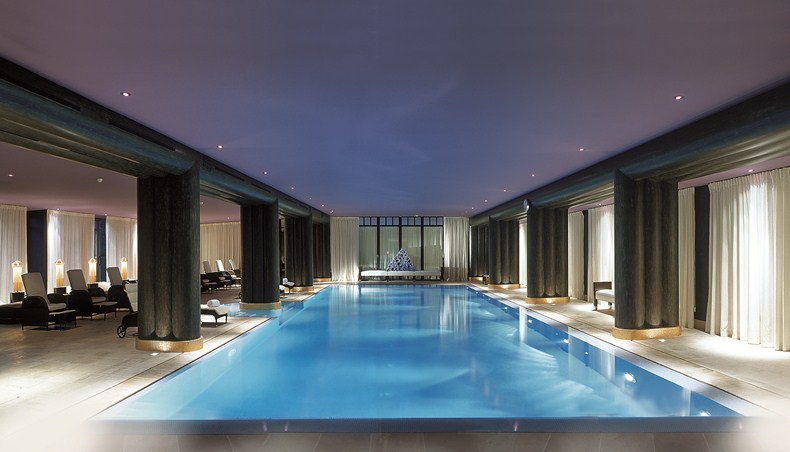 stay up to date

Sign up to our weekly newsletter and get inspiration and news delivered straight to your inbox. 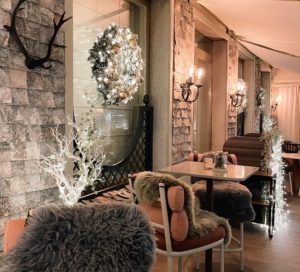 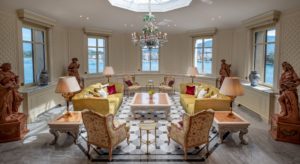 Diamonds and rare coloured gemstones, Italian silk dresses and Georgian handbags, mesmerising lyrical paintings — and a big dose of fun. These were the ingredients